The Center of Everything 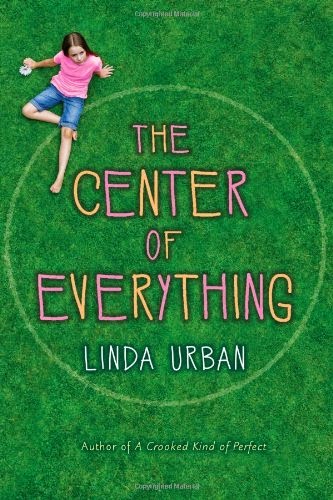 The Center of Everything
by Linda Urban
208 pages; ages 9-12
Houghton Mifflin Harcourt, 2013

Good thing I dug down to the bottom of my book basket because I unearthed this treasure. The Center of Everything is a fun read, best accompanied by a mug of hot cocoa and a glazed donut [in a pinch a fritter will do].

Don't believe me? Then listen up, because this is how the book opens:


In the beginning, there was the donut.
At first, the donut was without form - a shapeless blob of dough, fried in fat of one sort or another.

We learn that the Ancient Greeks ate donuts, as did the Mayans and Vikings. And we meet Ruby Pepperdine - who is not eating a donut but is getting ready for the town's annual Bunning Day parade. Ruby is twelve. She has made a wish. And by the end of the day she hopes that her wish comes true, because she has really messed up. She's on the outs with her best friend Lucy, her just-becoming-friend Nero, and is buried under a whole lot of guilt about the last thing she did - or didn't do- for her grandma.

There's even a bit of math tucked in with the sixth-grade drama. Ruby learns that donuts are actually tori (one torus, two tori). No equations, but a pretty good explanation about the donut shape. Ruby even tosses in a bit of wisdom about the theory of relativity.

I don't want to spoil the ending except to say it's sweet.

Today is Marvelous Middle-Grade Monday round-up. Drop byShannon's blog to see what other books are under review. Advance Reader's Copy provided by publisher.
Posted by Sue Heavenrich at 1:00 AM